Ryan talked to the vet this morning and informed us that the blood most likely came from his pancreas instead of a gastric ulcer. We are still monitoring and will take him in if anything changes. We also now know that he has underdeveloped organs and a heart murmur.

All of this to say that rescuing a dog is so much more than I thought it would be.

We rescued Dee four years ago and we really lucked out. I still can't believe someone let her get away and didn't look for her. She was healthy other than some intestinal worms and sensitive skin. She's been easy to train, doesn't get on the furniture, has no medical problems, can be in the house without a crate, loves everyone... she's awesome, and one of a kind. 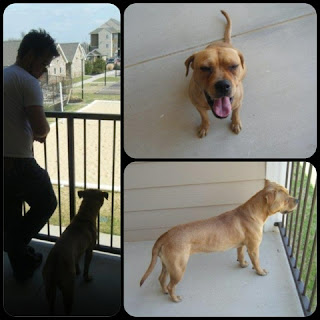 Now, we knew we would never find another dog like her in the shelter. We couldn't get that lucky twice.

But we did, only in an incredibly different, more challenging way.

Zeus is different. He wasn't healthy when we rescued him and he looks more like a "pit bull" than Dee. He was emaciated and somewhat fearful to everyone in the shelter but us. He has bite marks on his ears and face. He was in a high kill shelter that still used the gas chamber as a euthanasia method until about a month ago. I have no doubt that if we hadn't rescued Zeus that day, he would be dead. We just couldn't let that happen. 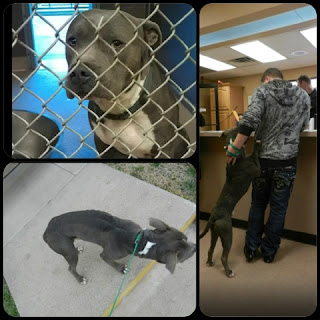 Adding a new dog to our family hasn't been easy, Dee didn't like the idea of sharing us and her home at first, as many of you know, but I was surprised to see how she reacted to Zeus' little incident Friday. She had a totally different demeanor and was at his side the moment he got home, checking to make sure he was okay.

From the past weekend's event, we now have a more detailed picture of the dog we saved.

Before we rescued him, he lived in squalor where he had to resort to eating anything he could reach, including wood, mulch, trash, and his own feces. He wasn't played with or kept inside. He was most likely chained up or in a concrete run. His organs never fully developed because he wasn't nourished enough.

He now lives with us but his past still haunts him. He still tries to eat anything he can find even though we feed him more than enough. In fact, we had him on a rich protein dog food to help him gain weight. We now know that because he wasn't well cared for in the first years of his life, his body is not well equipped for processing the protein rich food and will probably have to be on a bland diet for the rest of his life. He fractured a tooth due to malnourishment and we had to get it removed surgically. We are dealing with his anxiety issues, urging him to be comfortable in our "pack", and teaching him to play. It seems to be something new every day or at least every week but we are making the best of it.

Aside from all of his health issues, he is the most adorable dog. The only time he really seems fully at ease is when he's with Ryan. He has had moments of silliness that I know he didn't get to do when he was a puppy. I know we are making progress. He gets along with Dee and lets her be the boss which she loves... :) and just looking at him reminds me of how necessary it was to save him. He was meant to be with us, to challenge us, to surprise us, and to humble us. 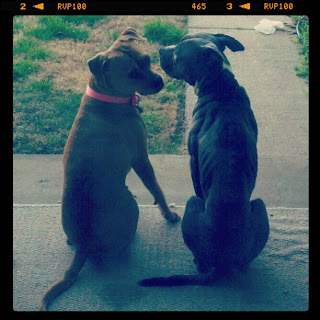 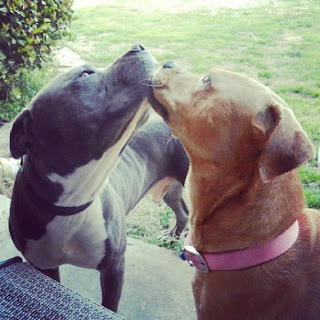 Rescuing a dog is not easy. It takes a lot of time, money, and effort. It is frustrating, stressful, and scary.
It is definitely not for everyone... but it is worth it. I can't imagine life without him now. 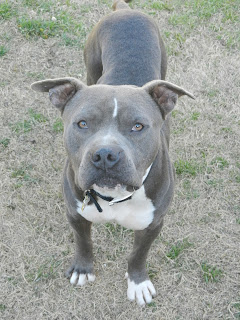 Posted by Caitlin Fickling at 5:22 PM